What You Need to Know About Legionnaires’ Disease

What You Need to Know About
Legionella and Legionnaires’ Disease

Legionella are bacteria found naturally in surface and drinking water, as well as in soil. There are currently 59 known species of Legionella, with Legionella pneumophila being the most frequent cause of Legionnaires’ Disease.

Legionella are Gram-negative, rod-shaped bacteria, which grow best at temperatures between 20-42oC (68-108oF). This allows them to proliferate in building water systems where temperatures are not adequately controlled.

Legionella are associated with biofilms, which are aggregates of microorganisms that adhere to each other and to surfaces. Biofilms provide protection and nutrients to the microorganisms living within this community.

Legionella are also able to survive and grow within single-celled protozoans (amoeba), a trait which enhances their persistence and virulence.

The Beginning of Legionnaires’ Disease 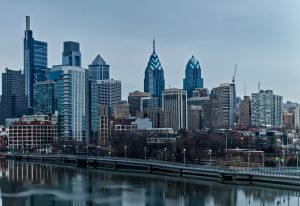 Each year, between 8,000 and 18,000 people in the United States contract L. pneumophila and go on to develop Legionnaires’ Disease.

The disease was first identified during the United States’ Bicentennial in 1976. It was named for the site of the first legionellosis outbreak at the Annual Convention of the American Legion in Philadelphia, Pennsylvania.

During that summer, the City of Brotherly Love was host to 4,000 members of the American Legion, who gathered for their convention only blocks away from Independence Hall, in the Bellevue-Stratford Hotel.

It wasn’t until the convention drew to a close and the guests returned home that legionnaires began to fall ill. Within a few weeks, 12 members had died, and more than three dozen were hospitalized with a mysterious respiratory illness.

The outbreak made national news and eventually resulted in what was considered one of the largest investigations in medical history.

To become sick with Legionnaires’ disease, you must breathe in small, aerosolized droplets of water containing the Legionella bacteria. Symptoms —which take between 2 and 10 days to develop— include fever, chills, and cough. Muscular aches, headache, confusion, and diarrhea may also occur.

As the disease progresses, the most serious consequences can be renal and liver failure. Prompt treatment with antibiotics is the recommended course of care.

To learn more about the processes involved in testing for Legionella in water systems, visit the Legionella Testing page on our website or call 724-853-4047 today. 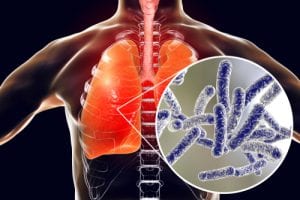 While most of the victims had spent time inside the Bellevue-Stratford, patients included a bank teller who worked nearby and a bus driver who transported cadets performing in the convention’s parade. The fear of a new and deadly flu spread across Pennsylvania, and health officials struggled to prevent panic as the death toll rose.

A team of 20 epidemiologists from the Centers for Disease Control and Prevention (CDC) joined forces with state health workers to examine every aspect of the outbreak. A range of possible causes, from food poisoning to terrorism, were considered.

Laboratories worked around the clock for months, examining blood and tissue samples from the victims and environmental samples from the hotel, including samples taken from the building’s HVAC system and ice machines. 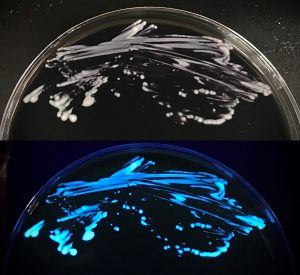 The infectious agent was finally isolated by CDC microbiologist Joseph McDade when he discovered a previously unknown bacterium in a tissue sample. The new bacterium was designated Legionella (for legionnaires), and the infection now known as Legionnaires’ Disease was found to respond well to antibiotic treatment.

Research has dramatically expanded our knowledge of Legionella over the years. Scientists have since discovered Legionella bacteria occur naturally in freshwater environments, including lakes and streams.

In nature, Legionella bacteria live inside unicellular organisms, either amoebae or protozoa. These organisms feed on bacteria in biofilm, including Legionella. Once ingested, Legionella can survive and grow within the amoebae. Amoebae readily adapt to hostile environments and are resistant to desiccation (drying), elevated temperatures, and disinfectants. Consequently, these organisms provide protection and transportation for Legionella.

Legionella has two distinct phases during its life cycle, a replication phase where it multiplies inside its host, and an active dispersal phase where it is motile and looking for a new host.

During its replicative phase, Legionella is protected inside its host organism where it can reproduce quickly, especially at temperatures of 20° and 55°C and pH values from 6.0 to 8.0.

Legionella thrives under conditions of warm, stagnant water where impurities like rust and limescale can act as nutrients.

The summer of ’76 in Philadelphia was scorching hot and Legionella bacteria gained a foothold in the Bellevue-Stratford’s water and cooling system. As we now know, showers, fountains, and hot tubs are places where people can come into contact with contaminated droplets of water, potentially breathing them in and falling victim to Legionnaires’ Disease.

More information about testing for Legionella is available on our U.S. Micro-Solutions website.

An Agent of Disease

L. pneumophila is a hardy organism, adapted to harsh environments and ready to take advantage of favorable settings like human-made water systems where the temperature, pH, and available supply of nutrients present ideal growth conditions.

Legionella can grow in many parts of a building’s water system, especially where poor maintenance results in stagnant water, a place where biofilm, corrosion, and organic debris may be present.

When Legionella escapes from its amoebic host, it is in a virulent, motile form that can cause disease. Humans become accidental hosts when they inhale this virulent form from aerosolized water. Unfortunately, many of our water systems not only harbor Legionella, but are also perfect for creating contaminated water droplets through aerosolization. Aerosolization occurs where water is agitated at water/air interfaces, e.g., shower heads, fountains, HVAC cooling towers, hot tubs, and misters.

Once breathed into the lungs, the bacteria multiply intracellularly in alveolar macrophages. Macrophages are large white blood cells that are a part of the human immune system, and alveolar macrophages have the job of clearing the air spaces of infectious, toxic, and allergic particles.

To Legionella pneumophila, this type of cell serves as a workable substitute for its natural host, the amoeba.

Legionnaires’ disease afflicts up to 18,000 people each year. This number may underestimate the true incidence since cases are likely underdiagnosed. Hotels and the hospitality industry are most at risk for Legionella outbreaks.

According to the U.S. Centers for Disease Control and Prevention, Legionella can infiltrate hotel water systems and contaminate shower heads, sinks, water heaters, cooling towers, and fountains if they are not treated properly. 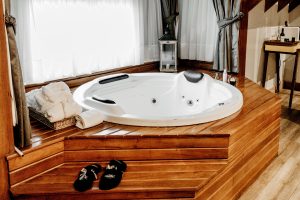 For the hotel and hospitality industry, a Legionella outbreak represents a liability both in terms of potential legal claims and loss of reputation.

It is imperative that hotels have a robust water management plan, including regular testing for Legionella, to ensure the safety of guests and the public who are exposed to water systems within their facilities.

When Legionella it is introduced to warm water, it thrives, making hot tubs, warm water sources, and even HVAC systems a welcome home. Both public and personal hot tubs are at risk for harboring bacteria that cause Legionnaires’ Disease.

In 2018, 15 people were sickened at a New Hampshire hotel from a Legionella outbreak that was traced to the property’s hot tub. This fall, 128 people fell ill after exposure to a hot tub vendor display at the North Carolina Mountain State Fair.  Read more on our Legionella Testing for Hot Tubs page.

Unfortunately, under the right conditions, hot tubs, spas, and whirlpools can become colonized with Legionella and generate tiny water droplets contaminated with the bacteria. Every hot tub owner needs to be more aware. 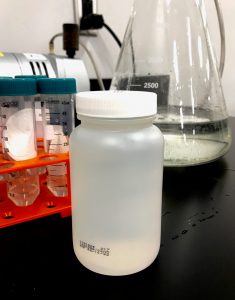 Your sample is processed the same day it is received in the lab.

Today, Legionella is understood to be responsible for between 3% and 15% of all community-acquired pneumonia. Reports suggest that elderly males may be the most likely to develop the disease.

The Centers for Disease Control and Prevention have developed A Practical Guide to implementing industry standard water management programs designed to keep public water systems well-maintained and free of Legionella.

Legionella testing is a part of preventing outbreaks. Testing should be performed for both potable and non-potable water sources for buildings and facilities including, but not necessarily limited to: Hotels, Convention Centers, and Apartment Buildings, Hospitals and Healthcare Clinics, and Senior Living Facilities.

Testing can take place initially to validate a water management plan and periodically thereafter to ensure the plan is performing as expected.  More frequent testing may be required by law under certain circumstances, such as when a Legionella outbreak is suspected. Learn more on our Testing for Legionella page.

As part of a water management plan, a risk assessment is performed to identify potential amplification sites and transmission sources. Once these sites/sources are identified, control measures can be devised and implemented. Legionella testing can help to confirm the adequacy of control measures.

Legionella testing requires the services of a certified microbiology laboratory. Certification by agencies such as CDC (ELITE) and New York State (ELAP), ensures that a laboratory is proficient in Legionella isolation and identification and has implemented an overall quality system. 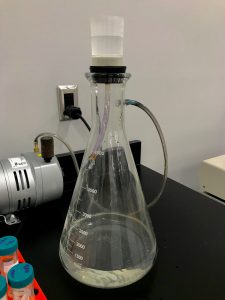 Potable water is concentrated by filtration.

When you contact us, sample collection bottles and/or swabs are sent to you, along with a chain of custody form.  Detailed instructions are provided on our website for collecting potable and nonpotable water and swab samples.

Once collected and labeled, samples are placed in water-tight bags and packed in a box for shipping to the lab.

When Legionella testing samples are received at U.S. Micro Solutions, they immediately enter a comprehensive 9 step process designed to deliver accurate and reliable results in the shortest possible time:

U.S. Micro Solutions, Inc. is a microbiology laboratory licensed and accredited for thorough, cutting edge environmental testing, including water analysis and identification of specific pathogens. We are fully accredited and highly experienced in the field of Legionella testing, making us an excellent choice for facilities, nationwide.

Learn more about the Legionella testing process on our website or call us at 724-853-4047 today. 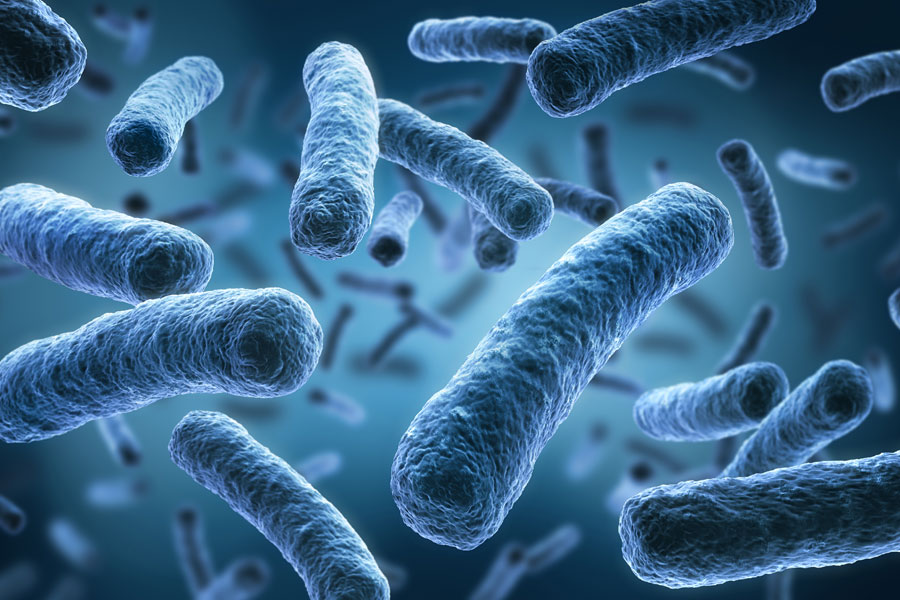 A Bacillus by Any Other Name….still produces spores

Read more - A Bacillus by Any Other Name….still produces spores 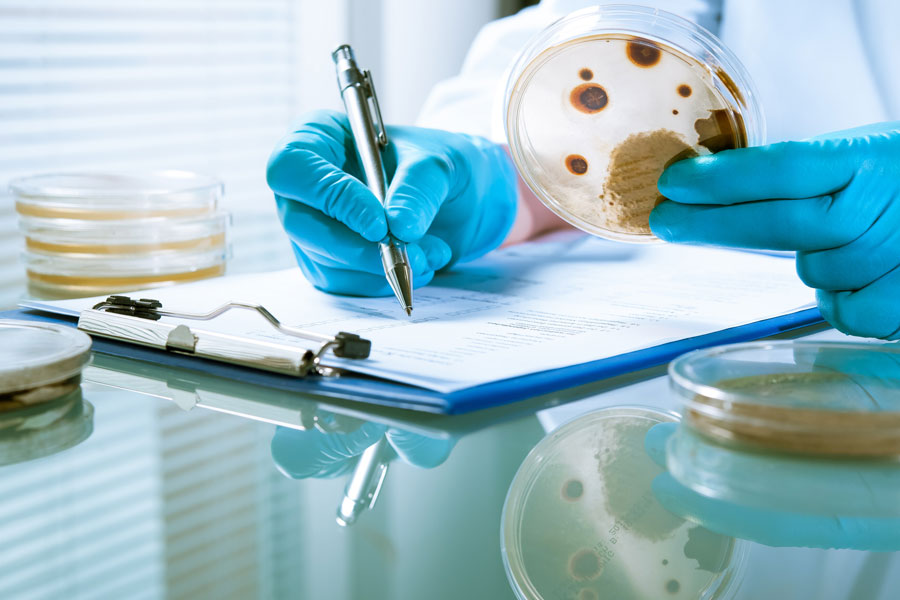